Chai lattes are a popular drink, often ordered in coffee shops and cafes but is there caffeine in a chai latte? This is a question that many people may ask, especially if they are trying to avoid caffeine. In this blog post, we will explore the answer to this question and provide some information about caffeine levels in chai lattes.

What is a Chai Latte?

A chai latte is a spiced tea beverage that originated in India. It typically contains black tea, milk, and a mixture of spices such as cardamom, cloves, ginger, and cinnamon. Chai lattes are often sweetened with sugar or honey.

While the exact origins of the chai latte are unknown, it is believed to have first gained popularity in the western world in the 1980s when coffeehouses began offering them as an alternative to traditional coffee drinks. In recent years, chai lattes have become increasingly popular and can now be found at many cafes and restaurants.

Is There Caffeine in a Chai Latte?

So, while a chai latte does contain caffeine, it is not as high in caffeine as some people might think. If you are sensitive to caffeine or are trying to limit your intake, you can ask for a decaffeinated version of a chai latte. You can also make your own chai latte at home using decaffeinated tea or herbal tea.

Caffeine is a naturally occurring substance that is found in a variety of plants, including coffee beans, tea leaves, and cocoa beans. Caffeine works by stimulating the central nervous system, which can lead to increased alertness and energy levels. Caffeine can also have a diuretic effect, meaning it can cause you to urinate more frequently.

While caffeine is generally considered safe for most people, it is important to remember that everyone reacts differently to caffeine. Some people may be more sensitive to its effects than others. Too much caffeine can lead to side effects such as jitteriness, anxiety, and insomnia. It is also important to note that caffeinated beverages can interact with certain medications. If you are concerned about how caffeine may affect you, it is best to speak with your healthcare provider.

Clinical research into caffeine’s effects on human health has shown that moderate consumption of caffeine is safe for most people. However, some people may be more sensitive to its effects than others. Too much caffeine can lead to side effects such as jitteriness, anxiety, and insomnia. Caffeine can also interact with certain medications. If you are concerned about how caffeine may affect you, it is best to speak with your healthcare provider.

While there is no definitive answer, most experts believe that chai latte is relatively healthy. The black tea in a chai latte contains antioxidants that can promote heart health and help to lower cholesterol levels. The spices in a chai latte may also have some health benefits, including aiding digestion and reducing inflammation.

Of course, as with any food or drink, moderation is key. Chai lattes made with full-fat milk and lots of sugar can be high in calories and fat. If you are watching your weight or trying to eat a healthy diet, it is important to limit your intake of sugary drinks like chai lattes. You can ask for your chai latte to be made with skim milk or unsweetened milk to reduce the calorie and sugar content.

So, while a chai latte does have some health benefits, it is important to consume it in moderation.

As you can see, a chai latte has less caffeine than a cup of coffee but more than a shot of espresso. If you are sensitive to caffeine, you may want to stick to decaffeinated versions of these drinks or limit your intake.

Is Caffeine from Chai Latte Keeping You Up?

While a chai latte does contain caffeine, the overall amount is relatively low. If you are having trouble sleeping, it is unlikely that the caffeine in a chai latte is to blame. There are other factors that can affect sleep, such as stress levels, what you eat before bed, and how much exercise you get during the day. If you are struggling to sleep, it is best to speak with your healthcare provider.

What Usually Goes into a Chai Latte?

Chai lattes typically contain black tea, milk, sweetener, and spices. The exact ingredients can vary depending on the recipe or brand. Some of the most common spices in chai latte include cinnamon, cardamom, cloves, and ginger.

When made at home, chai lattes can be as simple or complex as you like. If you want a quick and easy option, you can buy chai tea bags and brew them according to package instructions. Then, just add milk and sweetener to taste.

For a more authentic experience, you can make your own masala chai from scratch using fresh spices. This will take some time and effort, but it’s worth it!

Calories in a Chai Latte

The calorie content of a chai latte can vary depending on the ingredients and how it’s made. A typical chai latte made with milk and sugar will have around 150-200 calories. If you’re watching your calorie intake, you can make some simple substitutions to reduce the number of calories in your chai latte.

For example, you can use skim milk instead of whole milk. You can also use a sugar substitute like stevia or honey. If you want to avoid dairy altogether, you can try using almond milk or another type of non-dairy milk. See recipe

Despite the fact that chai lattes contain sugar and caffeine, there are some potential health benefits associated with drinking them.

For one, the spices in chai lattes (such as cinnamon and ginger) have been shown to have antioxidant and anti-inflammatory properties. These spices can also help boost your immune system.

Another potential benefit of chai lattes is that they can help you regulate your blood sugar levels. This is because the spices in chai (such as cinnamon and cardamom) can help slow down the absorption of sugar into your bloodstream.

If you have diabetes or are at risk for developing diabetes, drinking chai latte may help you manage your condition. However, it’s important to speak with your healthcare provider before making any changes to your diet or lifestyle.

Risks and Side Effects of Chai Latte

As with anything, there are some risks and side effects associated with drinking chai latte. One of the most important things to be aware of is the caffeine content.

Chai lattes typically contain about 50-60 mg of caffeine per cup. This is less than a cup of coffee, which has around 100 mg of caffeine. However, it’s still enough to cause side effects in some people.

Another risk associated with chai latte is the sugar content. Chai lattes made with milk and sugar can have around 15 grams of sugar per cup. This is about the same as a can of soda.

Drinking too much sugar can lead to weight gain, cavities, and other health problems. If you’re watching your sugar intake, it’s important to check the labels of chai lattes before you buy them. Some brands are better than others in this regard.

Overall, drinking chai latte can have both positive and negative effects on your health. If you’re concerned about caffeine or sugar, it’s best to limit your intake or choose a brand that has less of these ingredients. Otherwise, enjoy your delicious cup of chai latte!

FAQs on Is There Caffeine in a Chai Latte

We used chai latte instead of the original chai because we wanted to create a more unique and flavorful drink. The original chai is quite spicy, so we decided to add some sweetness to offset that spice. Adding milk and honey to the chai latte creates a delicious, creamy drink that is perfect for any time of day.

2. How Long Does It Take to Make Chai Latte?

Assuming you are making a chai latte from scratch, it will take around 10 minutes to make. This includes the time it takes to brew the tea, make the stovetop milk mixture, and assemble everything.

If you are using a store-bought or premade chai concentrate, it will take less time since you will not need to brew the tea or make the milk mixture. Simply heat up the concentrate and milk, and then assemble everything. The total time for this will be around 5 minutes.

3. Why Is Chai Latte So Popular?

There are a few reasons why chai latte has become so popular in recent years. For one, more and more people are becoming interested in trying new and different types of tea. And what could be more different than a spicy, sweetened tea?

Chai is also relatively easy to make at home, which means you don’t have to go out and spend a lot of money on it every time you want to enjoy a cup. Plus, there are endless variations on the basic recipe, so you can always find one that suits your taste buds perfectly.

4. How Do You Know If a Chai Latte Is Good or Bad?

If you love chai lattes, then you know how important it is to find a good one. But how can you tell if a chai latte is good or bad? There are a few things to look for…

The first thing to consider is the price. If it’s too cheap, then chances are the quality isn’t going to be great. On the other hand, if it’s too expensive, then you might be paying for fancy packaging rather than quality ingredients.

Next, take a look at the label and see what kind of tea is being used. If it’s just plain old black tea, then that’s not going to give you the best flavor. Look for a chai latte that uses spices like cardamom, cloves, and cinnamon.

The milk is also important. Whole milk will give you the richest flavor, but if you’re watching your calories, then skim milk is fine too. Just make sure it’s real milk and not just watery cream.

Finally, take a sip and see what you think. A good chai latte should be smooth and creamy with a balance of sweet and spicy flavors. If it’s too sweet or too spicy, then it’s not going to be as enjoyable.

Now that you know what to look for in a good chai latte.

4. What Is the Difference Between Chai Latte and Coffee?

When it comes to coffee, there are a lot of different ways to enjoy it. Some people like it black, some with cream and sugar, and others with a flavor added in.

Is there caffeine in a chai latte? The answer may surprise you. While black tea does contain some caffeine, it’s much less than what you would find in coffee. A typical cup of black tea has about 47 milligrams of caffeine, while an 8-ounce cup of coffee has around 95 milligrams. So if you’re looking for a caffeinated drink that isn’t quite as strong as coffee, a chai latte is a good option. Thanks for reading! 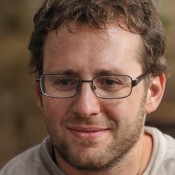